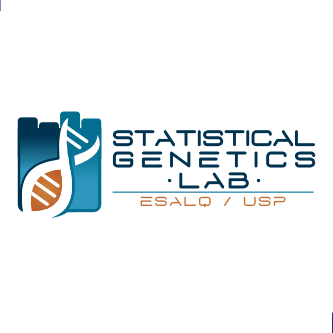 Jéssica Carolina Zilio (by herself)

Jéssica is an undergraduate student in Agricultural Engineering at “Luiz de Queiroz” College of Agriculture (ESALQ/USP).

Mayara Aparecida Corrêa (by herself)

Mayara is an undergraduate student in Agricultural Engineering (Bachelor’s degree and licenciate degree) at the “Luiz de Queiroz” College of Agriculture (ESALQ/USP).

Currently, she has a Scientific Initiation fellow at CAPES in the Laboratory of Genetics and Statistics. Her project involves the production of genetic maps of a maize population. For more information about Mayara, please visit her Lattes CV.

Letícia has an undergraduate degree (2011) in Biology and Master degree (2013) in Genetics and Plant Breeding at Federal University of Lavras (UFLA).

During her undergraduate and master, she worked with molecular genetics focusing on identification of QTL for disease resistance in common bean. She has a PhD degree (2017) at University of São Paulo (ESALQ/USP), in which she worked with development of statistical models in genomic selection considering allele dosage for autotetraploid species, with applications in Panicum maximum. In 2016 she was a visitor Scholar at North Carolina State University (NCSU, USA), supervised by Professor Zhao-Bang Zeng, where she compared the accuracy of prediction models using pseudodiploid and tetraploid dosage. She was a postdoctor in the Lab until 2019, where she worked with linkage and QTL mapping in P. maximum and collaboratied with genetic mapping studies in Brachiaria decumbens (tetraploid), B. humidicola (hexaploid), and sugarcane. She has concentrated her studies in quantitative genetics of polyploids, computing for statistical genetics (especially in R software) and mixed models. For more information about Letícia, please visit her Lattes CV. Currently, she is a research fellow at the Roslin Institute (United Kingdom).

Rafael Storto Nalin (by himself)

Rafael got his PhD in Genetics and Plant Breeding at University of São Paulo (ESALQ/USP). He has a Master degree in the same area by Federal University of Lavras and undergraduate degree in Agronomy by Federal Institute of Mato Grosso.

During his PhD, he worked on simulating different strategies in a breeding program of autogamous species to improve selection accuracy. Highlighting evaluation of early generations to select progenies in advanced cycles and also genomic selection aiming to identify promising biparental populations. His main interest are quantitative genetics, mixed model, genomic selection and programming, especially in R and C/C++. For more information about Rafael, please visit his Lattes CV. Currently, he is a soybean Breeder at Bayer (Sorriso/MT).

Luís Felipe Ventorim Ferrão (by himself)

Felipe is Biologist and a PhD in Genetics and Plant Breeding (FAPESP grant number 2014/20389-2), University of São Paulo (ESALQ/USP). While PhD, his research focuses on the application and development of statistical methods of both computational and statistical tools for genomic prediction. His studies were concentrated in Computing for Statistical Genetics (especially in R software), mixed models and, more recently, Bayesian approaches. His research experiences include genetic diversity studies, development and validation of molecular markers and QTL mapping. Most of his studies are applied in Coffea canephora, one of the coffee species most consumed in the world. During his PhD, he was a visiting student at the University of Chicago (FAPESP Research Internship Abroad), working under supervision of Matthew Stephens. For more information about Felipe, please visit his Lattes CV. Currently, he is a postdoctoral fellow at University of Florida under supervision of Prof. Patricio Munoz.

João Ricardo has an undergraduate degree in Agronomy, has MSc (2012) and PhD (2016) in Genetics and Plant Breeding at “Luiz de Queiroz” College of Agriculture, University of São Paulo. He initiated his career as a sugarcane breeder at Federal University of São Carlos, one of the principal Federal Universities in Brazil that is responsible for RIDESA, a public country-wide sugarcane breeding program. During his master degree at Department of Genetics of the University of São Paulo, João was interested to investigate the patterns of linkage disequilibrium and population structure on a Brazilian collection of sugarcane genotypes, a group of historically important accessions to Brazilian germplasm. His principal interest while a PhD Candidate was to use coalescent theory and population genetics concepts to understand the linkage disequilibrium and the evolutionary past of an important panel of accessions of Sorghum using next generation sequencing (SNPs from Genotyping-By-Sequencing). Furthermore, João was also involved into genome-wide association studies in Sorghum and collaborative projects of linkage analysis and association mapping of other very important crops for Brazil, such as common bean, cacao and passion fruit. For more information about João, please visit his Lattes CV.

Marianella Fernanda Quezada Macchiavello (by herself)

Marianella has a PhD in Genetics and Plant Breeding at Luiz de Queiroz College of Agriculture, University of São Paulo. She is a Biologist and has a Master Degree in Agriculture Sciences (Universidad de la República-UdelaR, Uruguay).

Additionally, she is an Assistant Professor in the Department of Plant Biology, Faculty of Agronomy, UdelaR. Her interests and objectives pertain to plant breeding, molecular biology and genetic mapping. She has been working on genetic diversity analysis with molecular markers, transferability of microsatellites markers and genetic linkage mapping. Her PhD project included the study of genetic architecture of genetic quantitative traits loci through linkage and QTL mapping using next generation sequence data (GBS). Her research is focused in emerging fruits crops, like Acca sellowiana.

Matheus Dalsente Krause (by himself)

Matheus is an Agricultural Technician (La Salle Agro), an Agronomist (State University of Londrina), and has a Master’s degree in Genetics and Plant Breeding of the University of São Paulo (ESALQ/USP).

During his undergraduate, he had a four-year internship at Laboratory of Maize Breeding, working in classical breeding as development of inbred lines, hybrids, synthetic populations, sweet maize breeding and Doubled-Haploid technology. In addition, he did the specialization (European Master Degree) “Plant Breeding & Engineering for Mediterranean and Tropical Areas” as an exchange student (BRAFAGRI program, 2013-2014) at SupAgro, in Montpellier/France. For more information about Matheus, please visit his Lattes CV. Currently, he is a PhD student at Iowa State University under supervision of Prof. William Beavis.

Rodrigo Rampazo Amadeu (by himself)

Rodrigo is an Agronomist and has a Master degree (MSc) in Genetics and Plant Breeding of the Department of Genetics, University of São Paulo (ESALQ/USP).

He was at the Statistical Genetics Lab since freshman. Since then, he has worked with population genetics and developed Statistical Genetics softwares. As undergrad, he made a sandwich period at University of Florida, USA. In this period, he was intern at Prof Patricio Munoz’s Lab and developed a software to compute pairwise relatedness matrices in autopolyploid crops. His Msc work was to compare different methods to estimate pairwise relatedness based on molecular marker in autopolyploids crops. He is also involved in Genetic Mapping, QTL Mapping, and Genomic Selection projects. Additionally, he has collaborate in different R packages from the Lab. For more information about Rodrigo, please visit his Lattes CV. Actually, he is a PhD student at University of Florida under supervision of Prof. Patricio Muñoz.

Danilo is an Agronomist and has MSc (2016) in Genetics and Plant Breeding of the Department of Genetics, University of São Paulo (ESALQ/USP). Currently he is a researcher of the Sugarcane Breeding Program of RIDESA/UFSCar.

Carina is an Agronomist, has a PhD (2016) and Msc (2012) degree in Genetics and Plant Breeding from Department of Genetics at ESALQ/USP. Now she is scientist of the Plant Breeding group at Monsanto.

Guilherme is a Biologist, has a PhD (2015) and MSc (2011) degree in Genetics and Plant Breeding from Department of Genetics at ESALQ/USP. Since 2015, he is postdoctoral research scholar at Bioinformatics Research Center, North Carolina State University, Raleigh, USA. For more information about Guilherme, please visit his webpage.

Marcelo has PhD (2012) and MSc (2008) degree in Genetics and Plant Breeding from Department of Genetics, “Luiz de Queiroz” College of Agriculture, University of São Paulo, where he was also a Postdoctoral Fellow during 2013 and 2015. He graduated in Agronomic Engineering at the same institution (2005). During 2014 he conducted his research as a Visiting Scholar at the Department of Statistics at Purdue University. Currently, Marcelo is a Postdoctoral fellow in the Prof. Zhao-Bang Zeng’s group in the Bioinformatics Research Center at the Department of Statistics at North Carolina State University. He has experience in agronomy with emphasis in quantitative genetics and statistical genetics, mainly in genetic and QTL mapping. In the area of statistical genetics, he has developed work related to molecular markers and statistical computing applied to polyploid species. For more information about Marcelo, please visit webpage .

Maria Izabel Cavassim Alves (by herself)

Maria Izabel is an Agronomist and was an intern in our group. Currently she is a master student in Bioinformatics at Aarhus University (Denmark) (birc.au.uk). She has been taken courses related to Population genetics, Computer Science and Statistics. The integration of interdisciplinary fields is what motivates her. Currently she is involved in the ‘NCHAIN project’ which aims to study the interactions of Rhizobium and Clover within the nitrogen-chain in order to increase the amount of nitrogen fixed per hectare of organic clover. The path towards this goal goes through systematic examination of the phenotypic relationship between the yield of clover-grass crops and comprehension of the genetic architecture behind the interactions (intra- and interspecific). For more information about Maria Izabel, please visit her linkedin.

Adriana is an agronomist and finished his PhD in 2015. In 2015, she was a postdoctoral researcher at CTBE/CNPEM and is currently working at CTC.

Rodrigo started as an undergraduated student, finishing his PhD in 2009, when he started working as a postdoc. He is now a faculty at Universidade Federal de São Carlos.

Thiago was a postodoc in the group, and now he is Research Associate Scientist at Texas A&M Agrilife Research (Weslaco,TX) working with molecular breeding and marker-assisted selection mainly in tomato and spinach crops. He also works with genetics of plant-insect interations.

Luciano was a postdoc in the Lab and now works at SAS.

Rafael finished his MSc in 2014 and is now a PhD candidate at Universidade Federal de Viçosa.

Edjane got her PhD in 2013 and now works for Centro de Tecnologia Canavieira (CTC).

Renato finished his PhD in 2013 and was a post-doc at University of Wisconsin-Madison (USA). He is now a faculty at Instituto de Matemática e Estatística fof Universidade Federal de Goiás.

Maria Marta got her PhD in 2010 after that worked as a postdoc in the Lab. She also started as an undergraduated student. She now works at EMBRAPA Milho e Sorgo.

Graciela finished her PhD in 2012. She works at Instituto Agronômico de Campinas (IAC).

Gabriel worked in the Lab since he was an undergraduated student. He also finished his PhD in Lab in 2011. He is now a faculty at Department of Genetics, ESALQ/USP.

Priscilla worked in the Lab as as undergraduated student, and also receive her PhD (2008). She now works as Research Scientist at DuPont Pioneer.

Millor got his PhD in the Lab (2008). Now he is a faculty at Universidade Federal de São Paulo (UFSCar).

Students from the Statistical Department